Women in the British Merchant Marine

Posted by johnbrannigan on August 27, 2015
Posted in: Uncategorized. Leave a comment

Women in the British Merchant Marine: Central Records and the CR10 card photos 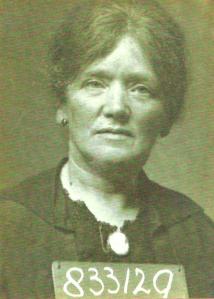 David Snook will speak at the ‘Women and the Sea’ symposium about the history of women in the British Merchant Marine, and specifically what we can learn from CR10 card photos and central records.

David was born in Bristol and has lived in Rush, County Dublin since 1982. In 2003 he was awarded an M Litt at UCD for a thesis on Irish seamen in the British Merchant Marine 1870-1920.

In 2006-08 he continued his research at Southampton Archives. They hold 300,000 central record cards, including a passport style photograph, for the multinational workforce employed in the British Mercantile Marine in the period 1918-21. (CR10 cards) The system was designed to ensure that merchant seamen, who were exempt from conscription, were really going to sea. David and his family team ploughed through 150 boxes of records and extracted the details of 23,000 Irish born men which were then put on to a searchable online database www.irishmariners.ie

He followed this up by working with local coastal communities in mounting exhibitions for ‘their’ seamen. The feedback led to the development of some engaging narratives.

Women are found in other British merchant marine records, usually working as stewardesses, but this particular set was designed as ‘men only’ because of the conscription issue. The approach was largely successful but 60 women’s CR10 cards have now been located with this symposium in mind. Many of the 60 photographs are wonderful, with Tyneside and Grimsby well represented, and some preliminary narratives have been developed.